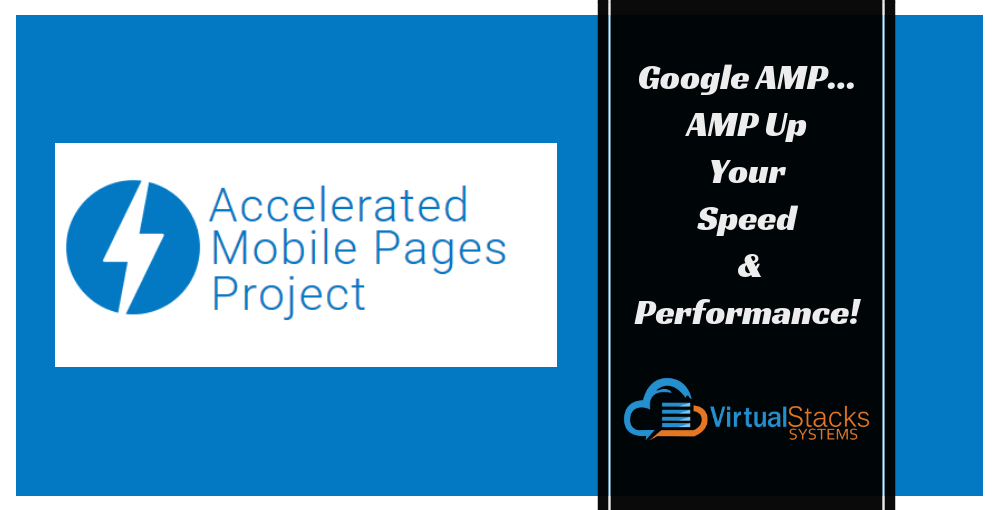 It’s a mobile-first world. It’s also – let’s admit it – a Google-first world. In fact, Google’s recently instituted mobile-first indexing uses mobile content for all search rankings. Which means that the mobile (rather than the desktop) version of your website becomes the starting point for what Google includes in its index, and the baseline for how it determines rankings.  So it makes sense that Google would spearhead a project to improve the user experience on mobile devices: Google Accelerated Mobile Pages (AMP). But what exactly is AMP, and is it living up to its promise of amping up a website’s page speed and functionality? And what about the controversy that this is yet another insidious bid for Google to rule the world – assuming it doesn’t already?

At its most basic, Google AMP is an open-source project aimed at allowing mobile website content to render almost instantly. Started in 2015, its purpose is to help publishers, web masters and developers create and manage fast, straightforward web experiences. According to its home page, AMP’s ecosystem currently includes 25 million domains, 100+ technology providers, and leading platforms that span the areas of publishing, advertising, e-commerce, local and small businesses, and more.

Here’s how each breaks down, in Google’s own words:

AMP JS – The AMP JS (JavaScript) library ensures the fast rendering of AMP HTML pages. It implements all of AMP’s best performance practices, manages resource loading and provides AMP HTMP custom tags to ensure a fast rendering of web pages. A major optimization is the fact that it makes everything that comes from external resources asynchronous, so nothing in the page can block anything from rendering.

AMP Cache – The Google AMP Cache is a proxy-based content delivery network for delivering all valid AMP documents. It fetches AMP HTML pages, caches them, and improves page performance automatically. When using the Google AMP Cache, the document, all JS files and all images load from the same origin that is using HTTP 2.0 for maximum efficiency. The cache also comes with a built-in validation system which confirms that the page is guaranteed to work, and that it doesn’t depend on external resources.

With Google AMP built for speed, websites utilizing it can provide a better user experience online, which can lead to more positive website metrics and revenue. Our February 28, 2018 blog post, “Why Your Website Needs to be Up-to-Speed,” reveals that the average visitor will only tolerate a load time of up to two seconds. Google’s engineers have found that potential customers will visit a site less often if it’s slower than that of a close competitor’s by more than 250 milliseconds. If it’s been a while since you’ve checked your website’s speed, our September 21, 2018 blog post, “Handy Tools to Get Your Website Up-to-Speed,” offers the top five free tools for doing just that – including Google’s PageSpeed tools.

AMP is proving successful in this area. Google-sponsored research shows that AMP leads to an average of a 2X increase in time spent on page (details can be seen here). The data also shows e-commerce sites experience an average 20 percent increase in sales conversions compared to non-AMP web pages. One site, Thrillist, converted 90 percent of its web pages over a four-week period of time. It saw a 70 percent lift in organic search traffic to the site — 50 percent of that growth came from AMP.

One anonymous participant in Google’s study – a large media publisher – converted 95 percent of its web pages to AMP. Over a four-week period, it experienced a 67 percent lift in organic search traffic on one of its sites, and a 30 percent lift on another site.

So how does AMP actually achieve such lightning speeds? Dieter Bohn – Executive Editor of The Verge – explained it as follows: “When you publish a webpage, it can be served from any caching server. But that’s not what really makes it fast; what truly makes a difference is that it can load nearly instantly because it’s already been preloaded in the background. And yet, despite that preloading, you don’t count as a visitor and the publisher doesn’t get to set any cookies or do any tracking until you click. And you can trust that the cached, instantly loaded page that’s sitting inside Google search or Twitter is faithful to its canonical source, even if that source was updated after it was first published.”

As reported by Kori Hill for AddThis Academy, AMP offers such other significant advantages as:

Enhanced SEO – Hill writes, “Because page load time is already a factor in SEO, and since this initiative is being speared by Google, AMP pages will eventually be prioritized in their search algorithms and have a positive effect on SERPs.”

Low bounce rate – According to Hill, “A great side effect of faster loading pages is that your visitors are less likely to leave. Publishers who implement AMP should see a decreased bounce rate and most likely overall increased time spent on site stats.”

The potential for increased ad views – Because the HTML is coded in a way to enhance the overall usability of banners and images, Hill concludes that a higher ad viewability rate will result, thereby increasing a publisher’s ability to monetize their site.

Some web experts and pundits have been critical of Google AMP, questioning Google’s true motives behind the project. So how can pages loading at faster than the blink of an eye be a bad thing? Are some people just plain Google haters?

The controversy was explored by The Verge’s Bohn, with the starting point of Google’s announcement earlier this year to formally embark on a project to convince the group in charge of web standards to adopt technology inspired by its AMP framework. “In theory,” Bohn writes, “it would mean that virtually any webpage could gain the same benefits as AMP: near-instantaneous loading, distribution on multiple platforms, and (critically) more prominent placement on Google properties.”

The sore point with some web developers and publishers is basically concern about the future of the web. According to Bohn, “Publishers are worried about ceding too much control of their distribution to gigantic tech companies, and all of the above are worried that Google is not so much a steward of the web but rather its nefarious puppet master.”

However – as David Besbris, VP of search engineering at Google and Malte Ubl, engineering lead for AMP – told Bohn in an interview, Accelerated Mobile Pages do not need to use Google’s servers or serve Google ads – they can be published and distributed completely independently of Google.

Since the project’s launch, there have been 710 contributors to the project according to its statistics, and the project (attempting to empathize its non-Google monopoly) notes that more than three-quarters of those contributors don’t work at Google.

Whether you accept Besbris and Ubl’s declaration that Google AMP is just trying to improve the user experience and make the web a better place, there’s no argument about its success so far. Stone Temple, now part of Perficient Digital – a marketing agency based in Framingham, MA – conducted case studies with 10 companies in a wide variety of industries.

Although the results were impressive, an overview of the case studies concluded that for AMP to work as intended, it must be implemented and used correctly. The agency’s conclusion on what it takes to be successful with AMP: Get the analytics right, perform a complete implementation and be prepared to deal with exceptions. As one point in the study noted, if you build it, they won’t necessarily come.

So there you have it. Google AMP lives up to its promise of delivering a faster web experience to mobile, and offers great potential to businesses in every industry to improve conversions. How you proceed is up to you. And if you need a partner in helping your business through the increasingly complex environment of web development, SEO and digital marketing, contact our experienced team at Virtual Stacks Systems.